Last night I watched SNL for first time in years - Emma Stone was alright (anyone else think she's gotten too skinny?) and Coldplay were AMAZING! I like their music but don't think I've seen them live before - man, Chris Martin can MOVE! Anyhow, keeping with the spirit of the long-time SNL segment, here is my weekend update!

Saturday night we had Roz (from the amazing blog Weightingfor50) and her husband Dennis over for dinner. Roz and I met our first day of Weight Watchers a year and a half ago and became fast friends. By the end of that first meeting, everyone thought we had come together even though we had just met! But until last night we had always hung out as a two-some, never with our men.

For our "dinner party" I used some of my favourite recipes from Gina's site (I owe a lot to that gal - all her recipes are simple, healthy, and delicious). For an appetizer I made Hot Spinach Dip and served it with homemade baked pita chips, carrots, and celery. I found some "authentic Greek pitas" at the grocery store that were only 230 calories for a huge pita. We cut three pitas into strips, spritzed them with a little olive oil, and sprinkled with kosher salt. We baked them at 400 degrees for 9-10 min and they were great (and pretty low cal!). 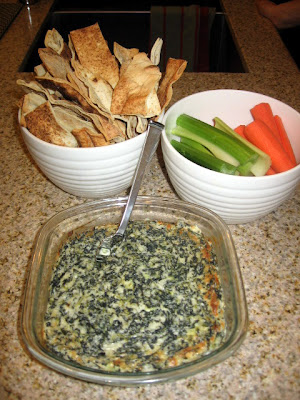 For dinner I made a salad with spring greens, low-fat goat cheese, blueberries, cranberries, and chopped cashews topped with Balsamic Vinaigrette, Chicken Rollatini with Spinach, and Steamed Asparagus with Dijon Vinaigrette. I have to say, this menu was great because everything could be done ahead of time and then just baked at the last minute. I got to enjoy the evening, rather than being tied to the kitchen.

Here are Roz and Dennis (they are such a cute couple!) right before we dug in! 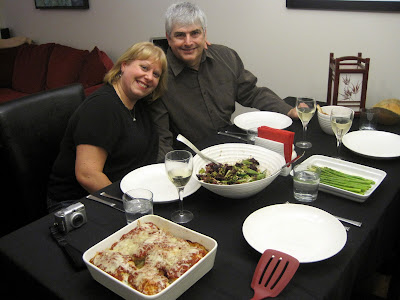 A close up of my plate. 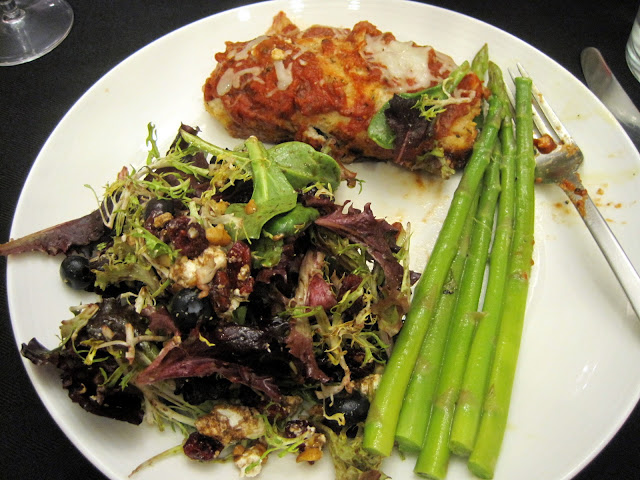 And a cross-section of the chicken. 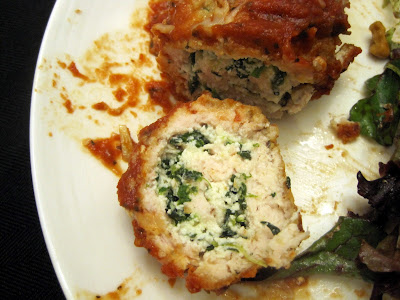 Roz made a delicious lemon No-Bake cheesecake (also based on a recipe from Gina's site!) topped with blackberries - super tasty! 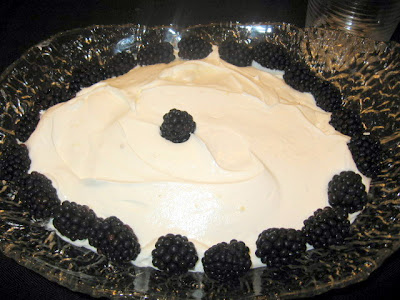 Evan and I were trying to take a nice picture - until he decided to make it look like I was stealing his dessert! 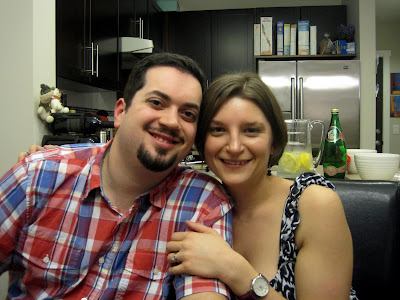 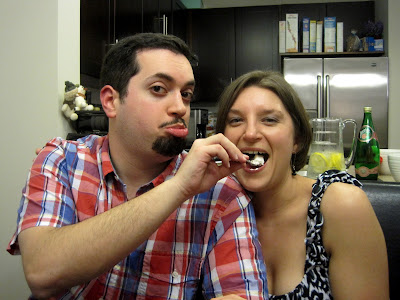 It was a fun night and we look forward to doing it again soon!

Sunday we didn't start out having any plans but ended up having a busy day of errands, shopping, and all-you-can-eat sushi. I went to the gym in the morning (50 min of cardio) and it was a good thing I did because we were busy the rest of the day. I ended up going to watch Evan's curling game in the evening and took some cute pictures of him. He's become quite a proficient curler. Look at that form! 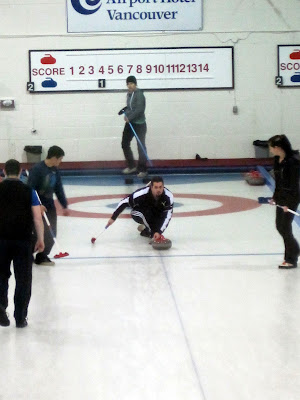 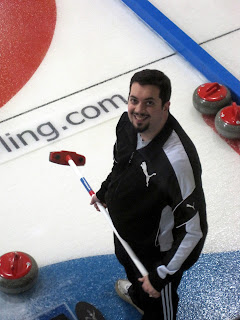 Then we had a late dinner of Subway! I used to love pizza subs. Luckily, I realized what I really liked was the marinara sauce (not the pepperoni) so now I get a veggie sub (no cheese) with marinara sauce. Tasty!

Now I'm just relaxing for a little bit before it's bedtime. Ugh, I can't believe it's Monday already - the weekend just flew by! Sadly, I'm out of soup for lunches so I think tomorrow night I'll be making another big batch of soup. Hope everyone had a great weekend!
Posted by Melisa at 11:45 PM